Corey's experience of growing up Gay and Catholic published in the Star Observer.

It wasn’t always easy being gay and Catholic and growing up in a small town but on reflection I’ve learnt to appreciate the experience and the values and beliefs I gained. 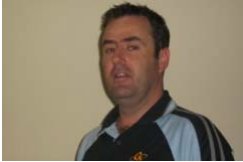 Corey's found it hard growing up gay and Catholic in a small country town.

My grandfather was a devout Catholic with traditional beliefs and used to pick up
mum, my sister and me and take us to Mass on a Sunday. We’d get an ice cream
on the way home. He was an old-fashioned, country, Catholic man so being tolerant
of gays was not really in his portfolio but near the end before he died I reckon he
knew I was, others knew and I hadn’t had a girlfriend for 10 years. I know he loved
me and I also know if there is a heaven, he is there. Dad didn’t really express any religious beliefs but always encouraged what we believed in. He was also a bit old fashioned in his beliefs and actually took it better than my mum.

I went to a Catholic primary school where we still had a few nuns for teachers and became an altar boy when I was old
enough. I still have good memories of these years, enjoying being part of the Church with the other kids. We had a great priest
too who I think is still there to this day. I’ve recently caught up with one of my aunts and she was telling me a story when I was
a young kid singing hymns to one of her friends she had over for dinner – my grandfather thought he had a priest in the
making.

When I went to high school my parents gave me a lot more choice and I seemed to be more interested in being cool and
hanging out than any kind of church. In later years of high school I started to feel rejected by the Church and questioned the
existence of a god and had plenty of logical explanations for it.

My faith wavered for a number of years as I struggled with my own identity and when I left the security and certainty of home
my respect for myself suffered as I explored my emerging but misunderstood sexuality. This was a problem for a number of
years and I leaned toward drugs, dropped out of uni and chopped and changed jobs

When my mum was diagnosed with breast cancer I managed to pull myself together while she stayed with me and got chemo
but this and the death of my grandfather really hit me harder than I realised and I spiralled back into drugs and further
problems.

It wasn’t like I wasn’t trying to get to the root of my problems – I tried counselling, some of it quite alternative, and did a series
of personal development/ relationship workshops which would have a profound effect on my life. I just couldn’t quite come to
accept myself.

In the most difficult times I asked many questions about life and in the end faith and hope are what helped me through as well
as a wonderful family and good friends. Now, I probably have more questions than answers but my faith in God has never
been stronger. The church to me is about God and his people, not the hierarchy or even which denomination you are. I am
happy to be Catholic and it is what means something to me and finding [the gay Catholic group] Acceptance has really been
great.

After some hard work I now have a good job supplying data cabling, good friends and a good relationship with my family after
testing it out a bit. I have found love and lost it and I am sure I’ll find it again – life is an interesting journey.