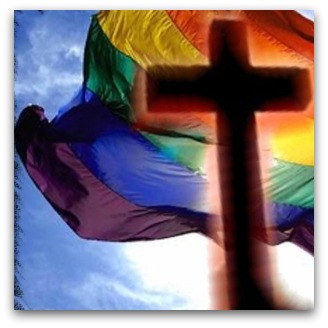 er two or three are gathered in my name, I am there among them,' says Jesus says in the Gospel of Matthew. Look at what these words say to his followers.

You don't need a crowd, just two or three. 'Gathered in my name', not 'gathered in a church' or 'at a certain time or place', but simply 'in my name': that is, two or three, with Christ as the common centre of their faith, gathered to pray and praise God. 'There am I among them.' This is an affirmative statement. It's a positive statement. It is a statement of assurance. It is a statement made with no other qualifications.

Throughout history, this radical idea, that all you needed to form a Christian community is two or three people gathered in the name of Christ, has kept the Christian faith alive in the hearts of believers.

Think of the early Christian community in the first three centuries, threatened by a lack of religious freedom in the Roman Empire and a ban on public church buildings. Think of the persecution of Christians, and especially Catholics, in countries like Poland under communism.

Look at the growing house church movement in China — a country that is on track to become the biggest Christian nation on earth, and you can see that a community doesn't need a building or clergy or a large number of people to be a Christian community. Just two or three people gathered in Jesus' name.

For 40 years, people have been gathering to celebrate their Catholic faith under the name Acceptance. At first they met in people's homes. Later they met in halls, sometimes provided by other faith congregations: the Uniting Church, the Unitarian Church. They celebrated Mass. They put their faith into action by supporting good works in the community. They supported one another, prayed for one another, and grew in their faith together.

In the 1980s Acceptance moved physically closer to the Catholic Church, celebrating Mass at a hall next to St Canice's, Elizabeth Bay. Finally in 1990 Acceptance members gathered for the first time in a Catholic Church, at St Canice's, to celebrate Mass. Today, they gather at St Joseph's Newtown. They have celebrated a weekly Mass continuously for most of the past 40 years.

The founder of Acceptance, Garry Pye, had a mustard seed of faith. A homosexual Catholic man who grew up when homosexuality was illegal, he knew the harsh reality of accepting himself in a civil society and religious community that rejected, condemned and punished people who were homosexual.

And yet, despite all of that, he had enough faith in Jesus' promise that 'wherever two or three are gathered in my name, I am there among you' that he invited others to join him in Acceptance.

While Pye patterned Acceptance along similar lines to Dignity USA, he wanted to give the group a distinctive Australian identity.Acceptance refers to both the individual's struggle to accept both their faith and their sexuality, and society and the church's struggle to accept people who are gay, lesbian, bisexual and transgender.

A lot has changed since Pye travelled to America and met with Dignity in the early 1970s. Homosexuality is decriminalised, and many rights for same sex people and their families have been won. Not all families are equal yet before the law, but so much has been gained.

Even in the church there are some signs of acceptance: members of the organisation can now worship freely and participate in liturgies in a Catholic church, though some places adopt a kind of 'don't ask, don't tell' approach.

Just two months ago the Bishop Emeritus of Sydney, Geoffrey Robinson, spoke in Baltimore and called for 'a new study of everything to do with sexuality' — a kind of study that he predicted 'would have a profound influence on church teaching concerning all sexual relationships, both heterosexual and homosexual'.

He went on to say that churches' emphasis on the profound significance of sex is correct, but that natural law approaches to sexual morality and interpretations of ancient scriptural passages on homosexual and other sexual activity are in need of correction.

I have spoken a great deal so far in terms that reflect the perspective of a Christian believer. But I want to speak to another audience, too: those who are not Christians, who struggle to accept why people who are gay, lesbian, bisexual and transgender persist in a Church that in many ways continues to reject them.

Sometimes I find it harder to speak to non-believers than to the hierarchal church. The responses can range from genuine inquiry through to ridicule and condemnation. For example, if you permit me to draw an analogy with the experience of being a feminist woman in the Catholic Church. Recently the writer Catherine Deveny tweeted that my claim to be a Catholic and a feminist showed I was 'suffering serious cognitive dissonance'.

Twitter is great, but it is hardly an easy place to have a serious or detailed discussion about the complexity of human life and the intertwining issues of faith, liturgy, ritual, identity and ecclesiology. But we should have those discussions. They are opportunities for, as one of my university professors called them, educative moments.

It is a chance to invite people who may have strong views in any particular direction to understand better the complex fabric woven from church, faith, identity and culture that Acceptance represents.

A moment ago I purposefully mentioned ecclesiology, the study of the church itself. One of the greatest ecclesiologists of the modern era is Hans Kung, a Swiss Catholic priest and theologian. He asserts that the church is both sinful and sinless, that it is made up of the people here on earth and the kingdom of God in heaven. He takes seriously the claim that we are called to bring about the kingdom of God on earth.

When people ask me how I reconcile being a Catholic with being a feminist, I try to describe this vision of church. I try to explain what my faith means to me, how the liturgy and sacraments and ritual sustain me, how I find grace and forgiveness and acceptance within the Catholic Church.

Yes, I find things that abhor and disgust me, like the abuse of children, and I condemn them. I also find discrimination and teachings I don't accept and want to change. But none of these takes away from the core tenets of my faith: that Jesus is both human and divine, the son of God, and in him I am saved.

And when they ask: why not convert, I say why? Why give up the sacraments, liturgy, ritual and faith that the Church gives to me? If Kung is right, indeed, if Vatican II is right, then we are all the church. The history of Acceptance, and Robinson's statement, makes clear that the church does change, the attitudes, teachings and understanding can change, the Holy Spirit moves within the church by stirring the hearts of believers.

Kristina Keneally is a member of the NSW Labor Party. She was the 42nd Premier of New South Wales. This article is an edited version of her address to launch an exhibition at Surry Hills Library in Sydney to mark the 40th Anniversary of Acceptance.

This article was taken from Eureka Street a publication by the Australian Jesuits.

The original article can be found on the Eureka Street website below: