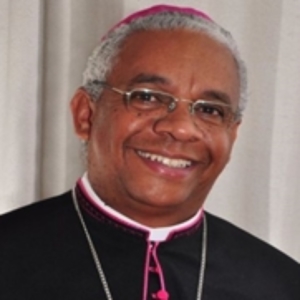 A Brazilian bishop said July 30 that homosexuality is a “gift from God.” Seeing the reaction his homily generated, Bishop Antônio Carlos Cruz Santos of Caicó then released a statement saying that his only scope was to “save lives,” after learning about the high statistics of suicide among the LGBT community.

“If it is not a choice, if it is not a disease, in the perspective of faith it can only be a gift,” the bishop of Caicó in the Rio Grande do Norte state said during his homily at a Mass closing feast of Santana de Caicó, always marked on the Sunday following the feast of Sts. Joachim and Anne.

“The gospel par excellence is the gospel of inclusion,” said the bishop. “The gospel is a narrow door, yes, it is a demanding love, but it is a door that is always open.

“When you look at homosexuality, you cannot say it’s an option,” Cruz said, adding that a choice has to be made freely, while sexual orientation is something a person discovers “one day.”

However, he said, a person can choose how to live his or her sexual orientation, “in a dignified, ethical way, or in a promiscuous one. But promiscuity can be lived in any of the orientations.”

The bishop then said that homosexuality hasn’t been considered as a disease by the World Health Organization since the 1990s, and given this, and the fact that a person doesn’t choose to be gay, same-sex attraction can only be “a gift from God. It’s given by God. But perhaps our prejudices do not get the gift of God.”

During his homily, Cruz said that when slavery was accepted, black people weren’t considered human, “they said we black people didn’t have a soul,” because of “prejudices.”

“Just as we were able to leap, in the wisdom of the Gospel, and overcome slavery, is it not the time for us to leap, from a perspective of faith, and overcome prejudices against our brothers who experience same-sex attraction?” the bishop asked.

Prejudice, he said, is a “concept before an experience,” and it’s what blinded generations to slavery, and what blinds Europe today to the “drama of refugees.”

Cruz, appointed bishop by Pope Francis in 2014, after he served in some of Brazil’s most infamous favelas, or slums, said the Argentine pontiff is sometimes accused by “some who want to be more Roman than the pope,” of wanting to water down the Church’s teaching, “they say we’re selling ourselves, that he’s selling the doctrine for something cheap.

“In truth, what Pope Francis wants is to make mercy the starting point of Catholic doctrine,” he said. “And mercy, people, is not cheap: Mercy is very expensive. Christ paid a high price for mercy.”

Cruz also quoted Francis’s famous line “If someone is gay and is searching for the Lord and has good will, then who am I to judge him?” adding, just as the pope did at the time, on the flight back from Rio de Janeiro in 2013, that the Catechism of the Catholic Church says that gay people are not to be marginalized from society.

“It’d be good for orthodox [Catholics] to read the Catechism of the Catholic Church.”

The prelate also quoted Francis’s document on the family, Amoris Laetitia, in which the pope talks about “accompanying, discernment and welcoming” families in irregular unions, acknowledging that even though it was addressed to divorced and civilly remarried Catholics, it could apply to gay people too.

The bishop began his homily talking about a radio interview that really affected him. The host was talking about a professor who did his thesis on the prevalence of suicide among transvestites and transsexuals.

On hearing this report, he said, he began to think about “so many brothers and sisters with a homosexual orientation who feel misunderstood and unloved by us, who are Church, by their families, by their society and even by themselves, as it was in the days of slavery.”

The bishop’s homily, available in video on YouTube, was praised by some and criticized by many others, who even call his words a heresy and demanded the Vatican to get involved.

Seeing the many reactions, Cruz released a statement on the diocesan website on Sunday, a week after his homily. In it, the bishop stood by his remarks, saying that his goal was to “save lives, contributing so that we can overcome the prejudices that kill.”

The bishop said that he did not want to induce anyone to make a mistake, but that he followed the guidelines of the church and of Francis.

“As Pope Francis told us many times, people already know by heart the doctrine of the Church about abortion, divorce and homosexual acts,” Cruz wrote. “He asks us not to be obsessed with sin, increasing the wounds of these people, and insists that the doors of the church are open to welcome, instruct, discern, love in order to bring salvation to all without exception.”

The bishop also wrote that his intention on addressing the issue was merely pastoral, and that he’s not challenging the teachings of the Catechism. Furthermore, he quotes point 2358 of the Catechism of the Catholic Church.

“The number of men and women who have deep-seated homosexual tendencies is not negligible,” the section he quoted in full says. “This inclination, which is objectively disordered, constitutes for most of them a trial. They must be accepted with respect, compassion, and sensitivity. Every sign of unjust discrimination in their regard should be avoided. These persons are called to fulfill God’s will in their lives and, if they are Christians, to unite to the sacrifice of the Lord’s Cross the difficulties they may encounter from their condition.”

Following this statement, Cruz said his reflection as a pastor moved by the “weaknesses of his flock, without wanting to minimize the doctrinal and moral dimensions that the subject matter involves, my intention is to save lives, helping to overcome prejudices that kill and enter into the dynamic of God’s mercy that respects, rescues and saves people.”